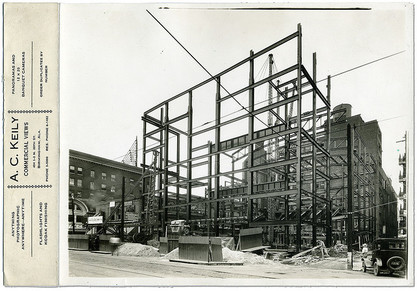 The Moon is in Gemini today, void of course, and meanwhile Venus and Jupiter are sextile to each other today and Mercury and Mars are conjunct.

* Overstimulation, too much on the plate, scatter brained, all over the place (Venus in Gemini)

* Effective use of time and organizing energy and resources, difficulty or contention in doing so, needing to take the lead, laziness or ineffective thinking/planning (Mercury/Mars in Taurus)

* Denial, avoidance, or stubborn resistance to the truth (Mercury/Mars in Taurus)

* Simplification of time/energy (Mars/Mercury in Taurus)

* Mature/adult challenges/responsibilities/transformations underway…time to “pull up the pants, buckle the belt, and do what needs to be done” (Pluto retrograde in Capricorn)

* Easy, slow, laid back, luscious, spring vibes in the air (Sun in Taurus)

An interesting mix of energies. How can we attempt to summarize what’s going on this moon cycle? Let’s look at the evidence first. 1. We had a new moon in the culminating degrees of Aries, 2. We’re just coming off an intense eclipse cycle and the last Pluto/Uranus square, 3. We’ve got almost all the planets from Jupiter out to Neptune moving very slowly right now, and almost all of them (save Jupiter) will be retrograde together this summer, 4. All of our moon cycles until September will open in the last ten culminating degrees of each season’s sign (next is late Taurus, then late Gemini, Cancer, and Leo).

Summary: As we’ve been saying for a while now, an old era is ending and a new one is beginning. However, major transitions take long periods of time. Though much of the big waves have already come through last month’s eclipse cycle, each successive moon cycle now, along with the coming bulk of outer planets in retrograde, imply that we are revising major psychic and physical structures in our lives right now in order to accommodate the new era that’s “slowly but surely” establishing itself.

This month the question has to do with the hard work of managing, planning, and reorganizing our time, energy, and resources. It’s a bit of a nuts and bolts kind of month, though the temptation to be lazy or take the foot off the gas is huge. Part of the reason it might be easy to be lazy or indulgent right now is because many of us need some recovery from last month’s eclipse intensity. So the question of managing time and energy is all the more pertinent. How do we shift the psychic structures of our lives rather than just lick our wounds and then persist in the same negative patterns all over again? There is no rest for the weary whose patterns make themselves weary. The work must be done, now, so that the need for rest that we’re craving can be realized as an overall way of life. Putting it off only sinks our heels deeper into our own muddy denial.

Meanwhile, there is a real air of curiosity and openness reflected in the planets at this time. If we can tap into the free flow of information and insights available, the work we need to do for the sake of this long term transformation (really the work of this entire spring and summer) will happen much easier than we think. In fact it’s our stubbornness of thought right now that will keep us mired down and pleading for an easy pacification of the spiritual labor pains we’re experiencing.

Image/story to work with: a kid hates his acne and wants to clean up his face. He knows that in order to do this he needs to clean his bedroom, practice better hygiene, wash his clothes, order that special advanced face cream, and stop picking at his face in the mirror all the time. However, when he thinks of all the work involved to clean up his act a little, he feels so heavy that he gets anxious and goes to the mirror to pick at his face. This cycle repeats throughout an entire winter, until Spring comes. Finally the call of the open air, the sunshine, and the promise of a new day are too great to deny. He’s going to do it because he wants to get out there and enjoy himself. It’s slow going at first, and in some ways it gets worse before it gets better…but he knows he has to stick with it.

Prayer: Help us to accept ourselves as we are, but also help us to participate in the changes happening right now. Help us do our work so that the changes might involve fewer scars, if possible!