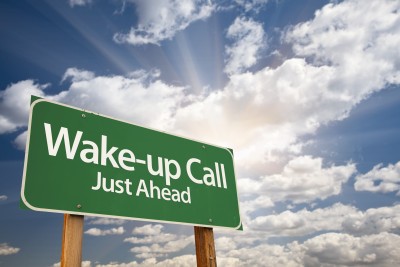 Today’s new Moon falls in the sign of Leo, in a close trine to Saturn in Sagittarius, which means that Saturn will soon turn direct after being retrograde since the spring Equinox. The next month’s astrology includes some serious challenges with Venus entering the sign of her fall and squaring Mars and Saturn, Mars and Saturn conjoining right near the fixed star Antares (“the rival of Mars”), Saturn and Neptune completing their last square and Mercury turning retrograde right as eclipse season begins to start the next cycle. As Samuel L once said, “hold onto your butts.” 🙂
​
Here’s what to watch for:

* More smoke and mirrors and witch hunting in the media (Saturn/Neptune)
* Perhaps the end of a charade, or disclosures that clear the air or set the record straight (Saturn/Neptune’s last square)
* Coming back to reality from the fantasy (Saturn/Neptune’s last square)
* Cheating, lying, or trying to gain an unfair advantage (Mars/Saturn/Neptune)
* More acts of religiously or politically motivated violence (Mars/Saturn in Sagittarius)
* The subjects of religious, political, or philosophical extremism, war, aggression, and hostility, front and center (Mars/Saturn in Sagittarius)
* The subject of weapons and security (Mars/Saturn)
* Athletes, athletics, competition (no surprise the Olympics opening ceremony is this week!)
* The potential for women, religious figures, religion, public or religious ceremonies, to come under scrutiny or attack (Venus in Virgo square Mars/Saturn in a Jupiter ruled sign)
* Sexual/gender identity issues (Venus in Virgo square Mars/Saturn)
* The subject of agriculture, crops, food, famine, etc (Jupiter culminating in Virgo as the host of the Mars/Saturn conjunction)
* Refining or developing a specific craft or set of skills (Venus/Mercury/Jupiter in Virgo)
* The subject of nuns/priests/holy people in general (Venus, Mercury, and Jupiter in Virgo all square to Mars/Saturn in Sagittarius, Jupiter’s sign)
Some positive things you might notice (because let’s be real…none of that sounds like a whole lot of fun):
* Mars/Saturn can lead to tremendous bursts of energy, discipline, and focus..think ‘the right kind of pressure to get shit done’
* Venus/Mars can lead to deeply fulfilling creative and erotic dynamics in art, music, relationships
* The planets in Virgo square the planets in Sagittarius might reflect a kind of critical transitional period that involves the mastering of a skill, the deepening of our knowledge about something, or the taking up of a new phase of learning or practice
* The Saturn/Neptune square may reflect the establishment of healthy new boundaries, healthy disillusionment (realizing what something is in its essence), and a refined sense of duty or responsibility

For now, today’s new Moon reflects the seriousness with which we take our calling in life. A Leo new Moon with a trine to Saturn is a picture of the duty of the heart. It’s the only kind of pride that’s the right kind of pride…the quiet roar that lives inside of us when we know we’re doing exactly what we must.

Prayer: Help us to find the quiet roar of our heart’s duty.