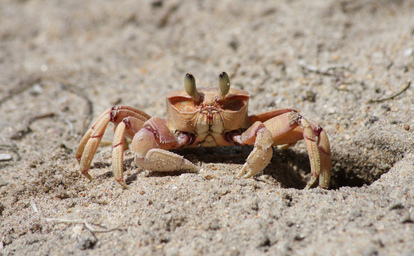 It’s a powerful one, too. Featuring a Mercury/Mars opposition to Pluto, and the new moon square to Uranus in Aries. Not to mention the grand water trine that’s loosely formed between Saturn, Neptune, and the four planets in Cancer. OR the Venus/Jupiter to Saturn square. Or the upcoming Venus retrograde. No. Not much going on right now at all!

Well, what are some of the themes we get when combining all of these planetary archetypes? One big one has to do with ancestral or generational transformation. Both the Jupiter/Saturn square as well as the New Moon in Cancer square to Uranus in Aries all signify big changes in family and home, ancestry and the past, between the old and the new, the powerful and the up and coming. As Jupiter and Saturn are approaching their exact square, they both aspect fixed star Algol, the eye of Medusa, which was classically described as “of the nature of Jupiter and Saturn.” When people are being usurped or generational changes are happening it’s easy to lose our heads. Rulers kill people they don’t like and they give generously to those they do…it’s never easy to abdicate power or control, but if we want to get something right now it’s not going to come easily if we’re being demanding, entitled, bossy, or inconsiderate. Even if we by all rights deserve the things we’re asking for, whoever has the power to give them or take them away isn’t exactly giving away things for free right now. There is potentially a certain amount of pandering going on…like an old King whose time is up…reluctantly giving up his throne to the rightful heir…don’t act cocky and don’t rush past anything in the process. It’s not done until it’s done. This transaction has the feeling of a lot of time and history in the mix of it…so we should be respectful of that and negotiate the new with a respect (even a slight fear) for the old.

Two mistakes tend to haunt us as spiritual beings: the tendency to idolize the past, or the tendency to idolize progress and the future. There is a unique dialogue happening right now between stages or states of consciousness, history, and culture, and they embody these two extremes. Watch for this in your life and see where it’s playing out. Be careful of the tendency to go too far toward either extreme, and find the middle way if possible. It’s also possible that some shifting to the past if you’re a futurist or the future if you’re more of a traditionalist will do you some good right now. Just don’t go so far that you forget where you came from.

With so much water in the air, so much Cancerian energy, the ancestral spirits, the spirits of environments, places, ecosystems, communities, and tribes are also surrounding us right now. Heritage is a beautiful thing..even the ugly parts can give us a comprehensive understanding that deepens our soul and broadens our understanding of who we are and why we are doing t he things that we’re doing.

As Venus is about to turn retrograde there is also a distinct sense of our values going through an important period of transformation. Venus often reflects not only our inner values but also their reflection in our material possessions, our surroundings, our style and taste, our decorations, what we like to buy or purchase or indulge in, etc. Venus going retrograde could also symbolize a fascination with a style or aesthetic from the past.

Perhaps most importantly for this new moon is the question of the spirit of home. Where do we find comfort, rest, nesting, privacy, secrecy, intimacy, warmth, and safety in the world? How is this going through a transformation right now? To what lengths will we have to go to find a new version of home, if that’s what we’re looking for?

Prayer: Help me see the environment I live in as an extension of who I am. Help me clean, create, shift, or transform my home so it is in alignment with my soul.