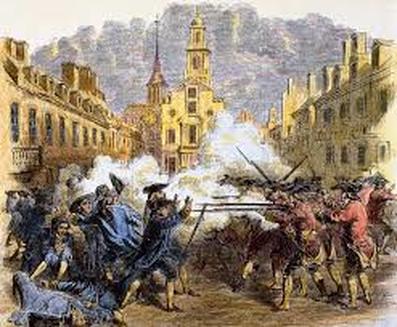 The new Moon in Aries is moving toward an opposition with Jupiter and square to Pluto today.

Let’s take a closer look at the Jupiter/Pluto square, which is tightening right now.

* The last time that Jupiter and Pluto were square to one another from Libra and Capricorn it was between 1767 and 1768, during the time that the Townshend Acts were being passed in the American colonies. The Townshend acts were a new series of taxes levied on the colonies by the British Empire, and they were met with resistance and widespread protest from the colonies. The British eventually repealed certain elements of the new taxes, but kept the tea tax. Eventually, Sam Adams wrote “the Massachusetts Circular Letter,” which was passed by the Massachusetts house of representatives in 1768. The letter argued that the Townshend act was unconstitutional because the colony of Massachusetts was not represented in Parliament. This in turn led to the military occupation of Boston by the British, which in turn eventually led to the start of the American Revolutionary war.

* Interestingly enough, MSNBC’s Chris Hayes has recently argued in his new book, “A Colony In a Nation,” that similar conditions are present right now in the great divisions we see in US politics. He calls one side “the colony” and the other side “the nation,” and he discusses how an overly policed “colony” consciousness will likely lead to revolutionary, and potentially violent uprisings. From an astrological standpoint it’s of course fascinating that he is presenting his argument (especially the comparison to the Townshend Acts and the 1767-68 timeline) at the same time that Jupiter is returning to square Pluto in the same signs.

* “In late February of 1768, the Bar Confederation was established by Polish nobles in order to defend the independence of the Polish-Lithuanian Commonwealth against Russian influence.” (Wiki). Again, this is fascinating to note right now for a few reasons. One is that we see the repeated themes of the abuse of power or law and the legal or political response to that abuse, demanding fairness or independence. We also see an interesting connection to both Russian and the United states and the themes of power, influence, and the need for a clear and open review of the use and abuse of power.

* The checks and balances being demanded right now (Jupiter in Libra) are being demanded as evidence of corruption, collusion, scandal, and rot at the roots are being exposed (Pluto in Capricorn).

* Personally, we are each being called to examine the foundations of our lives. Jupiter in Libra is like a wise judge looking over the testimonies of our lives. All too often we create a spiritual argument against all forms of guilt or culpability. We believe any form of judgment is judgmental, and we attempt to safeguard ourselves against our faults by a philosophy of denial, cloaked in words like “acceptance,” and phrases like “letting go,” or “not getting stuck in the past.” The problem with this philosophy is that without allowing a fair judge to bear witness to our actions in the world, we miss the opportunity for a real experience of grace and forgiveness. Grace isn’t what we get by skipping over the guilt with a philosophy against guilt. It’s what we get when we allow ourselves to experience the fullness of our guilt, without added condemnation, contrivance, or harshness. Real guilt, and the willingness to take it on, in the quiet and silence of the soul, not in public confessionals or facebook altar calls, is what creates better judgment in the future. Real discernment is grown through our ability to have an eloquent and sincere relationship with the wise judge who lives within us, the cosmic and archetypal judge all around us. It is our willingness to meet the experience of guilt and remorse with dignity, in the secret, that serves all prison sentences instantly. Real reform starts here.
​
Prayer: Reform us, reform our hearts, our thoughts, and our actions, in the silent dignity of your honest and fair judgments.