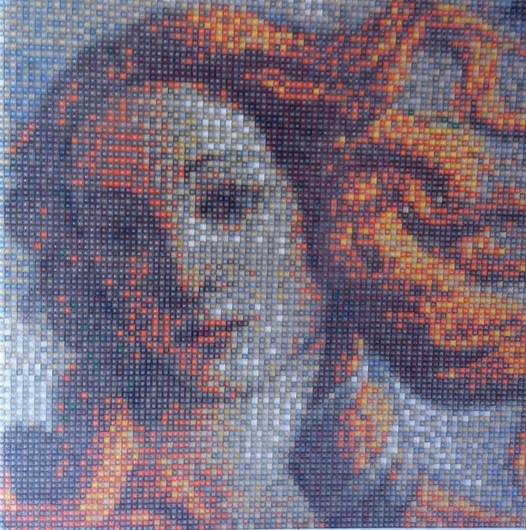 The Moon is in Virgo today, applying to square Mars in Gemini and then sextile Saturn retrograde in Scorpio. It’s one of those “devils in the details” kind of days. The kind of day where we are both delivered by and restricted by the small or happenstance truths that start to add up and point us through a tricky situation. Or its the kind of day where we have to show a certain amount of patience, tact, strategic inventiveness, or reliance upon our wits to navigate a complex dynamic. Modesty will work wonders today, as will pretending to know less than we do or sending up a quick prayer to Mercury for assistance when we feel like we might be getting taken advantage of.

Meanwhile, let’s start looking at this summer’s upcoming transits, starting today with Venus’ upcoming retrograde in the sign of Leo, which begins in late July (though she is already in her shadow phase).

Venus Retrograde in Leo: Whenever Venus goes through her retrograde period, in any sign, the goddess descends from her position as the evening star and gradually disappears from the western sky as she falls under the rays of the Sun. Then slowly but surely she emerges in the eastern morning sky as the lady of the dawn, the morning star. Then, gradually, she begins her transition again, by direct movement until eventually she crosses once more through the sun’s field and back into the evening sky in the west. This total cycle has been talked about in many different ways by many different astrologers for thousands of years, so you’ll be sure to find plenty of different takes on the cycle’s meaning. Generally speaking, the retrograde portion of Venus’ cycle refers to the death, decay, decline, release, or the transformation of things related to Venus: love, style, values, aesthetics, taste, finances or financial philosophy, romance, sexuality, art, beauty, friendship, appearance, possessions, love, affection, marriage, diplomacy, and consideration of others.

During the retrograde, we may experience setbacks, revisions, profound transformations, or inward reflection on any of the themes mentioned. In the sign of Leo in particular, we’re also looking at the Lion like subjects of pride, ego, royalty or dynasty, destiny, will power, authority, adornment and status, celebrity, and bestial competition or dominance.

For more insight, think back to July/August of 2007 and look at how things were changing in your life relative to any of the themes listed above.

Tomorrow we’ll look at more of this summer’s astrology in depth. For now make sure you catch Venus and Jupiter’s applying conjunction in the western sky, just after sunset!

Prayer: Help me to pay attention to the details today, and cool any of my frustrated attempts or efforts. Let there be an easier way through. Let it come to me naturally.