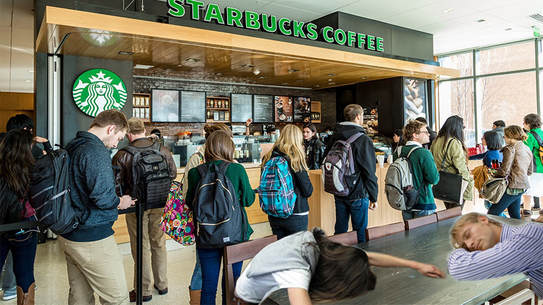 There are SO many planets in retrograde motion right now. Does it mean something? What does it mean, exactly? This explains everything I’m going through, right?! I mean, RIGHT!?

Every day I receive questions about the daily astrological “weather,” and every day I see people posting things about astrology. Lately, there has been a lot of commentary surrounding the fact that there are currently six planets retrograde (Mercury, Mars, Saturn, Uranus, Neptune, and Pluto). So today I thought I would take a moment to address this phenomenon and whether or not it means anything.

* First, the sky is a mirror more than it is a causal agent. Or you could say that the sky symbolically reflects the ongoing decisions or judgments of the gods, regarding all different levels of karma simultaneously. So from this standpoint, nothing is messing you up and nothing is happening to you but the repercussions of your own karma and the karma of innumerable other beings. Have you ever been inside a crowded coffee shop where everyone is waiting patiently in line while one customer is flipping out about the wait, saying, “What is going on here? Oh my GOD!” And this person assumes that everyone else is just as stressed and irate as they are that their coffee isn’t coming quicker? Then they say, “the service is really bad at this place,” rather than simply recognizing that there’s a long line and that they are rushed and hence projecting their own urgency onto the situation. Everyone has had an experience like this before, and sometimes we are even that very person throwing the Starbucks tantrum! In astrology, when we project the same feeling of being out of control, urgent, anxious, stressed out, etc., into the coffee shop of the cosmos, we generally say things like, “It’s all those darn retrogrades! This is absurd!” And then we throw up our hands, create the most sarcastic and “#I‘msofabulouslystressed” social media meme we can think of, blaming all of the planets in retrograde. All the while, we usually don’t know what retrogrades mean, or how to interpret them, let alone how to interpret several planets being retrograde at once.

* If we looked in our mirrors at home and flipped out like this, people might call us overly dramatic, at best, but they could easily charge us with worse! So what to speak of looking at the divinely infused mirror of the sky and creating such a spectacle?

* The mirror of the sky, whatever it may say and however it may say it, should cause to become self-reflective rather than reactive. We should be taking our metaphorical sandals off and approaching the oracle of the sky with just a little more humility and reverence. One of the reasons we have objectified the cosmos and tend to think of the planets solely in terms of “influences” is that we like to think of ourselves as ultimately in control but CONTENDING with forces that are constantly trying to thwart us. So, like Toad’s wild ride, we throttle around our lives, topsy-turvy, with all the symptoms of madness, clinging to self-effacing humor and sarcasm as the most socially acceptable forms of sanity. “I’m coping and just fabulously wrecked! Curse all these retrogrades!”

* So the question is, are planetary retrogrades really causing these so-called meltdowns or do people who melt down a lot tend to blame retrogrades, or maybe some combination of both?

* First, again, meltdowns are caused by people’s own karma or an interaction of karmas that is complex beyond what we can comprehend or easily explain. Blaming retrogrades is not helpful.

* Second, even if retrogrades may adequately describe a loss of control, a flipped script, an upside down plot, or reversals of fortune that are maddening or frustrating, the key thing to remember is that they are “describing” them, not causing them.

* Third, our reactions to reversals, delays, blocks, breakdowns, or crowded coffee shops (cosmic or otherwise!) is where we have some free will to use. With practices that help us to steady the mind, we can begin to see these events as opportunities for correction, learning, and increased discernment. In retrograde symbolism, there is often an opportunity to see the limits of our own will or control over a situation (as planets that were once moving forward are now moving backward), and hence, because each event is divinely orchestrated, we can recognize the loss of control we experience as an invitation to take our seats again in the cosmic classroom. We may begin to hear the voice of our spiritual guidance system once more (Hermes, the guide of souls, we may recall, is the quintessential lord of retrogrades).

* When we do not react to the breakdowns, delays, and reversals that retrogrades describe, we may become a servant rather than a cosmically frustrated consumer raging inside the circle that never ends.

* Notice that nobody says, “Oh my god, there are so many planets in DIRECT motion right now. Of course, that explains everything!” Just like I observe in my practice each and every day that when there is any sign of promising financial or professional development in someone’s chart the reaction is, “It’s DESTINY!” but if there is any indication of a health challenge or relationship stress, the response is more frequently, “So how do I change that? That’s negotiable right? I’m not a fatalist!” But to the extent that we mistake our whims for our freedom, we are all fatalists.

* We like being in control, and we like subjectively satisfying things. We don’t like losing control, and we don’t like subjectively dissatisfying things. In many ways, this is the most simple and profound message that astrology keeps predicting for us each and every day, year in and year out, inviting us each new Moon, each eclipse, and each bumper car derby of retrogrades, to try a different approach to finding happiness.

* So, are so many retrogrades to blame? Life is full of reversals. What goes up eventually comes down. What is young, eventually becomes old. What is exciting eventually becomes dull. Retrogrades frequently describe the come down that we don’t like as much, but who exactly is causing us to suffer this situation, and why exactly is this realm filled with this pattern? If we start asking these questions more frequently, we will quickly discover an entirely different sense of ourselves, a spirit/soul just begging us for more quality time and attention, and we will once more hear the sound of something shimmering within and beyond these maddening cycles, singing us home again.
​
Prayer: Be our sacred syllable, Om, the beginning, middle, and end. Cool our frustrated minds with the white lotus of your patience.