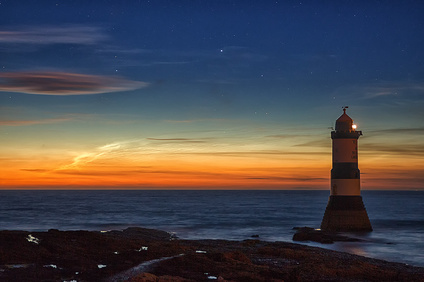 The Moon is in Leo today, and it’s the last day of spring. Summer Solstice is here!

It’s therefore a good day to remind ourselves of the basic light cycles that are at the foundation of our day, week, month, and year. Each week is compromised of seven days, named after the seven traditional planets, and each day contains roughly 24 hours from sunrise to sunset and back to sunrise. Each month is comprised of roughly four weeks, and the word “month” comes from the word “moon.” From our perspective, the journey of the Sun waxes and wanes each day, from sunrise to sunset, but also in the longer stretch of the solar year. Through its solstices and equinoxes the year waxes and the days grow longer (in the northern and southern hemispheres, at least), and then we reach the peak at summer solstice time, the longest day of the year, at which point the year starts to wane and the days grow shorter, reaching the shortest day of the year again at the Winter Solstice. In between the solstices, the equinoxes mark off the halfway points between lightest and darkest points, the spring equinox being the halfway marker on the way to the summer solstice and the fall equinox the halfway marker on the way to winter solstice.

As the sun travels through the solar year, it also moves through roughly one zodiac sign per month, and three zodiac signs per season. This is in fact what gives us our 12 sign zodiac and our 12 month year. Each season is broken down into three different kinds of signs: cardinal, fixed, and mutable. And each sign symbolizes the different developmental qualities of the season. For example, cardinal signs initiate the season, fixed signs represent the most stable energy of the season, and mutable signs represent the fluctuation between the cardinal energies of the next season and the fixed energies of the current season.

As the Sun is doing its dance, the Moon follows in its own mirroring rhythm. The moon’s phases run parallel to the sun’s equinoxes and solstices. The darkest point of the moon’s monthly cycle is the new moon, which is the darkest time of the month just like the winter solstice is the darkest time of year. Then there is the first quarter moon, where half of the moon is lit up and half is dark, while the moon is waxing toward full. This is like the spring equinox. Then there is full moon, which is like the summer solstice. The moon is totally lit up just like the summer solstice gives us the most amount of light in a day. And then the last quarter moon is like the fall equinox, where half the moon is lit up and half dark again, but now its on the waning side and the light is losing power every day, heading back toward new moon (or like the winter solstice in the solar year).

As the moon waxes and wanes through its cycle in 27-30 days, it travels through the entire zodiac (what takes the sun an entire year, in other words, the moon does monthly). This gives us 12-13 lunation cycles per solar year, or a solar year comprised of 12 months.

For some of us these facts are so basic we could recite them back in our sleep, but for many people there is next to zero awareness of the fact that our clock, our week, our month, and our year are all grounded in astrological (not just astronomical) history. For example, today is Saturday, which is Saturn’s day. Tomorrow will be Sunday, which is the Sun’s day. Monday is the Moon’s day, and so on.

Astrology can feel unnecessarily complicated sometimes. But when we really break it down to its simplest components, the entire world of astrology is derived from two lights in our sky, the most obvious and rhythmic of celestial phenomenon that we have seen and lived with since the dawn of human consciousness. Even more incredibly, the Sun and the Moon appear as the same size from our perspective, though they are each radically different distances away from earth. Isn’t there something about this simple fact that speaks volumes about who we are? Isn’t the recognition of two different realms of consciousness, their union and separation, their similarities and differences, at the heart of the way we think, believe, perceive, disagree, fight, come together, and create?

So here we stand at the peak of the solar year (at least here in the northern hemisphere). We can look back at the first half of this year and see how far we’ve come. We can look at all the accomplishments, failures, lessons, and changes, and we can see how this moment represents a culmination. We can see how many things are coming to a head right now, and we can also see the journey downward that’s to come. The lessons integrated, transitions being made, and wisdom that will now begin to manifest as a result of so much growth work…remembering that the soul is ever deepened as the light wanes.

To conclude, here’s a few exercises you might try for this summer solstice time:

* Look at your life since the new year. What themes that began around that time have grown and developed, and where are they now?

* Even if things are difficult for you right now, what lessons are you learning..what have the themes of this year been pointing you toward in terms of changes that need to be made, changes that you simply can’t make excuses for any longer?

* Is there a transition taking place right now? How can you help this change along smoothly?

Prayer: Two ancient lights living in my heart. Now the longest day of the year, longest light, thank you for this upward climb. Help me to rest here at the summit. Help me to see the lay of the land. Take it in and feel how far I’ve come. Then help me to gracefully begin the journey back down.