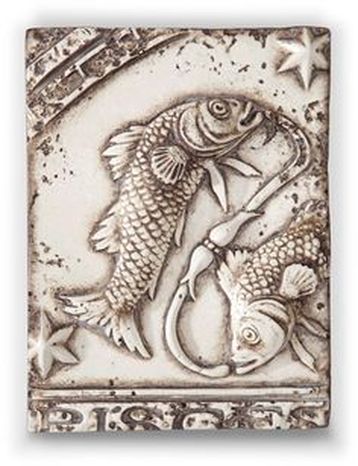 The Moon is in late Cancer today, moving toward Leo by later today. Meanwhile the Sun has entered Pisces. Let’s reflect again today on the sign of Pisces, but today more specifically on the symbolism of the Sun within the sign of the two fish.

This morning during my meditation and quiet time I was led to revisit a passage from the 1st book of Samuel. Samuel is a prophet, as well as one of the last Hebrew judges (like a chieftain or leader) before the implementation of the Kings takes place. The people are asking for a King because Samuel’s sons, who he appointed as the next Judges, are corrupt. Samuel is distraught and in prayer God tells him that the reason they want a King is because they’ve forsaken God as King.

Nonetheless, God tells Samuel to give them what they want but to also tell them what will happen when they have a King (a lot of War, and a lot of taking from the people). Still the people insist upon a King. Samuel then tells the people to go back to their respective towns. The next day, Saul, the soon to be first King of Israel, is out looking for some missing donkeys. His servant suggests that they go to Samuel, who is a seer, and pay him for the location of the donkeys. Meanwhile, God tells Samuel that he will be sending him the chosen King from the tribe of Benjamin. So when Saul turns up (from Benjamin) looking for his donkey’s with silver in hand, Samuel anoints him King and gives him a special piece of meat at dinner, one usually reserved for high priests.

Throughout the story, the major teaching is that if there are Kings at all then Kings should be servants to the divine, the one and only King, and to the word of the prophets; the messengers of the divine. That insofar as a King is a good leader he is a servant of the divine and also allows himself to be led by the teachings of the prophets, like the priestly class of the Levites, whose profitable inheritance was the life of religious service itself.

As Saul’s duties as King become corrupted by his moral failures, just as Samuel predicted, the Kingship turns to David from the tribe of Judah. Samuel anoints David and from his lineage eventually Jesus would be born and the story of Jesus as prophet and “King of Kings” would find its deepest historical, moral, and spiritual context.

So why is this story relevant for understanding the Sun in Pisces? Because the Sun is an image of Kingship, and he acts very differently in the feminine/nocturnal sign of Jupiter compared to other places in the zodiac. The image we can bring to mind is not one of political power over others or nature, of domination or conquest, but rather of service rooted in the adoration of God “within” all things. For example, yesterday the Pope said of Donald Trump that it’s unchristian to build walls rather than bridges. The media of course blew the comment out of context and out of proportion, but when asked if he thought it was a good idea to be political or note, the Pope quoted Aristotle, “we are political animals by nature.”

This of course led to an explosion of comments on social media yesterday about the division between church and state, which goes back directly to the original context from which the historical “meaning” of the story of Jesus finds its roots. A people who wanted a political King rather than spiritual devotion at the center of their social organization, even though it was quite clear that the office of the King would lead to tremendous suffering for the people.

This entire range of issues…submission to the divine as king rather than political kings, the appointment of kings or leaders by the angry people or by the divine and his messengers the prophets…these are old stories, archetypal and mythic. These lessons repeat just as surely as the two fish swim their rounds, and just as quickly as we forget the two fish miraculously transformed to feed 5,000.

Again today, I think of the prophetic poet Mary Oliver…Neptune conjoined the King Sun at the hour of her birth, and so let’s repeat her song again today, as so many angry people are calling for a new king or queen, while so many people forget the King of Kings and Queen of Queens, trying unsuccessfully as ever to set aside from our political lives what is moving through us constantly without command or decree: the light of all life.

Why I Wake Early

Hello, sun in my face.
Hello, you who make the morning
and spread it over the fields
and into the faces of the tulips
and the nodding morning glories,
and into the windows of, even, the miserable and the crotchety–

Watch, now, how I start the day
in happiness, in kindness.
​
(Mary Oliver)