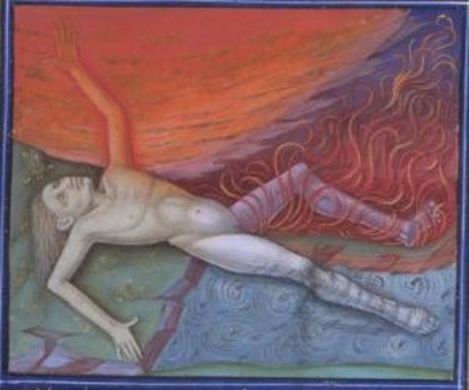 The Sun is moving toward a conjunction with Saturn today…

* To feel old, tired, sad, heavy, or glum
* To feel like something has reached its end or limit
* To feel disillusioned or to see something for what it is rather than what you’ve wished or hoped it would be
* To see beauty in the end or expiration of something (Venus is in Saturn’s sign at the same time right now!)
* To feel as though your sense of purpose or mission is blunted, clouded, dismal, or weak
* To realize you’re at the foundation or bottom of something, to recognize what work there is in front of you
* To be attracted to old age, to maturity, to wisdom and experience
* To wish or long for time alone, for the chatter around you to quiet down
* To feel especially pent up with imaginative longing
* To feel melancholy, for beauty to be lurking but somehow held back
* To feel resigned to the way things are…for the party to be over
* To feel like a scrooge or defeatist
* To recognize the emptiness and invitation of endings
* To be ready to plant something, purge something, or start from the essentials only

When the Sun, the noetic light, swallows Saturn, it’s as though an ending is ending, or a limit has recognized its own limits. Most people aren’t aware of the fact that Saturn has frequently been a planet related to contemplatives, mystics, astrologers, and even artists. The reason for this is rather complex. Saturn is the lord of time, but Saturn is also a timeless archetype. This means that people who are deeply Saturnine are those who recognize the limitations of time and the temporal world more acutely than others. This acute recognition of the eternal/archetypal nature of time and temporal constraints was thought by the Renaissance astrologer Ficino to produce excessive or pent up imaginative states that would lead to melancholy, which in turn could be treated through outpourings of imaginative creativity.

So, astrologers, mystics, artists, or creative types who develop a healthy relationship with Saturn (you might say) are those who recognize not just the limits of the world we live in but also the timelessness of those limits…the limits of those limits, since limits are, in the end, archetypal and eternal as much as they are “literal” or “really real.” Many artists, mystics, and astrologers, begin their relationship with Saturn by looking at the world and seeing limitations and seeking for release from those limitations through resistant outpourings of imagination. But in time, if the artist or mystic or astrologer continually sees the imagination as something to be used in response to or in opposition with the dull limits of the world, they will only deepen their melancholy as the repression of limits makes those limits ironically heavier and more repressive. What truly liberates us from the restriction of Saturn is our ability to understand limits themselves as imaginative…Saturn as imaginal limits rather than literal limits. In this sense, Saturn is the romance of limits, the beauty of limitations realizing their own limitations as they stand in front of the timeless mirror of eternity.
​
Prayer: Teach us the beauty and romance of these endings and limits. Teach us to see you, eternal unchanging, in each expiration date.