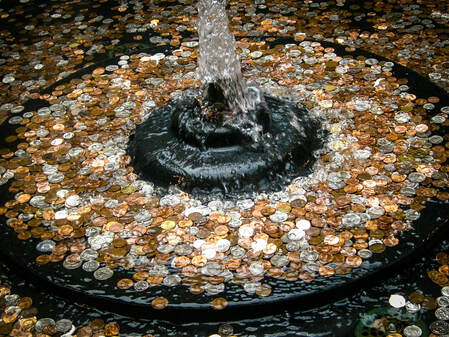 Here’s your astrological overview for the month of February, 2019:

* February is toned by the culmination of Uranus in the last, anaretic degree of Aries. Even though Uranus and Pluto aren’t creating an exact square, this is the last time you will see these two planets in a whole sign square between Aries and Capricorn, and that is significant. We’ve been watching these two planets dance together for the better part of the last decade, and Uranus’ culmination in the final degree of Aries will likely bring a dramatic burst as it finally leaves the sign of Aries early in March.

* Uranus and Pluto bring both awakening and darkness, rebellion and upheaval, innovation and intense catharsis, power plays, and defiance.

* On February 2nd Mars will square Pluto, bringing the God of war together with the lord of the underworld. Watch for themes related to power, authority, violence, and aggression to be in the spotlight. It’s a good time to confront whatever is most malignant or corrupt, but be careful of a “might makes right” attitude.

* At the same time, Venus in Sagittarius will trine Uranus in Aries while also squaring Chiron in Pisces (February 2nd and 3rd). This brings some levity and sensitivity to the situation, which may be a silver lining. Venus and Uranus in a fiery trine will excite a spirit of cooperation, even while emphasizing the same themes of power, strength, and will. When you add the square from Venus to Chiron in Pisces, there is an underlying emotional sensitivity that may contribute and create an opportunity for understanding, healing, and diplomatic breakthroughs in relationships.

* On February 3rd, Venus will enter Capricorn, indicating a shift from the house of Jupiter to the house of Saturn. All Venus ruled things may start to look and feel a little more grave, wise, sober, and mature, but also possibly a bit more rigid or depressive.

* On February 4th, the New Moon lands in Aquarius, another Saturn ruled sign, emphasizing the need to start thinking about the future or to start imagining the best way to dismantle outworn habits or ideas.

* Then, between February 12th and 13th, Mars will conjoin Uranus in Aries. This transit brings fireworks to an already explosive moment for Uranus. This has the potential to be a very forceful and erratic moment. Even the most passionate and courageous actions can easily fly off the handle. Be careful of the tendency for accidents, recklessness, and combative oneupmanship games. On the other hand, this surge of yang energy may easily create a breakthrough or “aha” moment exactly when it’s most needed.

* February 18th, Venus in Capricorn will conjoin Saturn in Capricorn, creating a terminal moment for relationships and agreements or social/business contracts of all kinds. Venus/Saturn may deepen a commitment, making something more serious, focused, and defined, or it may also indicate a moment of exclusion, elimination, or finality. It’s a make or break moment for Venus and Saturn!

* February 18th, Chiron also moves out of Pisces and into Aries, where we will collectively and personally move from the themes of victims and saviors, redemption and loss of faith, to aggressors and heroes, personal power and the appropriate abdication of personal power for the better part of the next decade. There is a lot more to say about this. A video blog to come!

* February 19th, the Full Moon will fall in the sign of Virgo while Mercury is simultaneously in its fall in Pisces and making a conjunction with Neptune. When both personal empowerment and personal forgiveness are the most popular, and often shallow, spiritual memes in the world, it’s hard to know whether we are trying to bolster a fragile ego or empower a maniacal ego, whether we are witch-hunting or being hunted. Sometimes it’s just two sides of the same coin, turning over and over in our heads, until we remember how to utter a sincere prayer, throwing our silvery coin into the wishing well of the divine, where rather than asking for all of our wildest desires, we are finally asking, in sacred silence, “How can I serve?”

* Finally, on February 22nd, Venus will conjoin with Pluto in Capricorn, bringing another intense moment for all Venus related significations: art, beauty, women, relationships, love, harmony, friendship, etc. This is a purgative, deep, empowering and overpowering moment. Remember, the last time Venus conjoined with Pluto, Oprah was giving her powerful speech at the Golden Globe awards and people were wondering if she would run for President (Venus was also cazimi). It’s likely that we will see similar themes of feminine power, depth, and intensity, as well as themes of death, darkness, and resurrection related to this transit.
​
Prayer: May the two-headed coins of our egos be cast into the wondrous waters of your love, where they will find the deepest fulfillment, a humble role, lacking no importance, in your divine play.