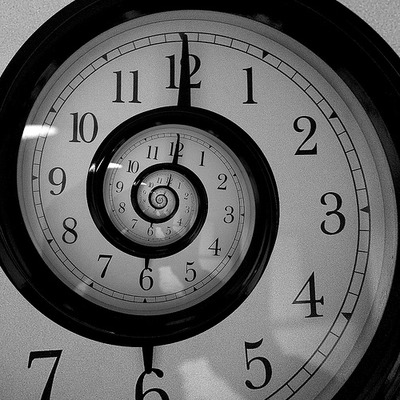 The last quarter Moon is in Sagittarius today, applying to engage the mutable t-square between Neptune, Jupiter, and Saturn.

This morning I decided to go backward in history searching for the last time our current t-square was in effect. It took me a while, but eventually (fact check me in case I’m wrong) I found the year 545 AD. Since in my opinion this Jupiter/Saturn/Neptune t-square has had a lot to do with conflicting religious, philosophical, and political values I began searching for anything I could that might somehow provide us with an archetypal or thematic bridge between then and now.
​
Here is what I found…

* Perhaps most strikingly a number of sources I found online (though there are definitely conflicting claims on the web) date this year as the year the prophet Muhammad’s father was born. Obviously this theme is clearly connected to much of what’s going on in the world today, especially regarding religious extremism in the middle east.

* The famous Irish monastery Clonmacnoise was built and established between 544 and 545. The monastery was to become “a major centre of religion, learning, craftsmanship, and trade by the 9th century,” according to Wikipedia! What’s perhaps most interesting is that the famous monastery was founded by a very young person named Saint Ciaran of Clonmacnoise, who died of a plague shortly after the monastery was built. Today the ruins of the monastery have been used to hold a large catholic youth festival. These themes fit very clearly with the generational elements of the Saturn/Jupiter, in addition to the saintly and imaginative qualities of Neptune.

* The emperor Justinian mustered a large army to confront the Persians in 544 and finally a peace treaty was formed between the two sides in 545. During this same time there was also a widespread plague that had major financial and agricultural implications, and Justinian was apparently dealing with simultaneous uprisings from various ares of the empire (again I found some conflicting dates/sources but most involved the year 545).

* According to several sources, the Synod of Brefi was held by the church in 545 in order to condemn the Pelagian heresy, which was the belief that original sin did not stain human nature and that free will is still capable of choosing good, or finding salvation, without divine aid. Interestingly, Pelagius himself rejected many of the beliefs associated with his name. However, Pelagius was also defending the inherent dignity of the flesh or the human condition. These exact kinds of doctrinal disputes as well as the issues of heresy, witch hunts, what is pure or impure, debates about free will or original doctrines versus modern deviations from traditional dogma are all part of many of the present debates we’re seeing today within astrology, religion, politics, etc. (Again the sources on most of these events are hard to verify, so I take this only as a very loose exercise in archetypal detective work)

There are probably lots of other interesting historical facts we could dig up to gain more insight into the mutable t-square, but in some ways the point of this kind of research goes beyond the thematic connections we make. The research itself is valuable because it reminds us of the timelessness of time itself. This kind of digging into the planetary past reminds us that we are living through time as much as we are bound by it. Time is cyclical as much as it is progressive or linear. Progress on any level is in some ways a delusion, just as we don’t meditate to “get somewhere” or “obtain something” in some literal sense. Archetypal research, for me, is therefore like a deep breathing exercise. It’s about opening a kind of visual apparatus, a form of insight that looks backward and forward simultaneously, until we arrive again to the moving center, the non literal nexus. The heavenly sphere, not necessarily the actual body, of the Sun.
​
Prayer: The center is not literally a center, the past is not literally in the past, and the future is not literally in front of us…help us to see through time…as though by a ray of light we see the sky.