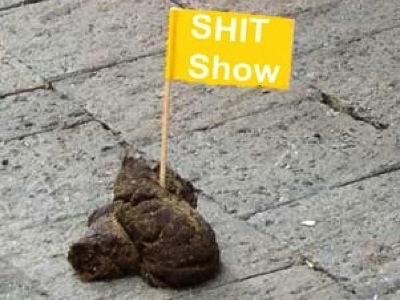 The Sun has just entered Taurus, while the Moon is moving through the sign of Libra, heading toward a square with Pluto and then oppositions with Venus and Uranus.

In an essay called “Imagination is Bull,” James Hillman wrote, “When confronted with a great animal power, whether in the shape of an actual animal or an animated image, we in our culture rarely bow down to it, sing to it, or dance in its honor, nor do we even run for cover. Rather, our usual move is to interpret. We have the hermeneutic wand to make the force go away by transforming it into a meaning. Our modern propitiatory rite is to look up “bull” in the symbol dictionary. Bull dissolves into “moon,” “father,” “fertility,” “thunder” …andtakes on names from Gaelic to Hebrew to Latin to Urdu accruing more mythic tales as we research. Civilized men and women in institutes of humanities and culture have met the bull with their own sort of bull: what they say about the bull. Myth, after all, is what is said about what is said: the bull about the bull. What does this bull about the bull tell us?”

One of the reasons I love this passage is because it so eloquently describes a Taurean dichotomy. Imagination in all of its fecundity is as real, earthy, and sensual as the Bull. I notice this when I take my four month old daughter for a walk on our land. As we walk through the trees in the shade, beams of light spearing through the fresh green buds, the trickle of water running into our little coy pond near an old shed, and I see the full wonder on her little face, I am witnessing the substance of imagination. So tangible we call it “present.” Not in the sense of some omnipresent singular substance, but in the sense of many textures and fragrances blending and moving, swimming as it were through the first spring air she will ever breathe.
Taurus has a way of making the imagination that simple, that animate, that lovely, and that “real.” Taurus is Venus ruled but earthy, fragrant but stable, solid but youthful.

On the other hand, Taurus also represents the stubborn fixity of our imagination. The tendency to think our imaginative vision of anything and everything is the “simple” truth, or the “practical” truth, or the “earthy” bottom line. This version of Taurus may see the imagination as anything that deviates from this bottom line…calling such deviance impractical, fanciful, delusional, or lacking in substance. They cry “Bull Shit!” without realizing that the substance of anything, no matter how physical, earthy, habitual, steady or simple in appearance, is already the hot black stuff of imagination…as rich and dark and foundational as manure…as “simple” as a pile of steaming “bull shit.”

So it goes with Taurus. Taurus is the simple, life affirming, life animating, life supporting stream of imaginative beauty in the natural world. The very “stuff” of imagination. But Taurus also reflects the tendency for the stuff of imagination to become literalized…for imagination itself to be forgotten in the physicality of its simplest and most obvious forms: plants, animals, smells, taste, touch, sight, sounds.

It’s also wroth noting that sometimes the Venusian daydreams of Taurus become plastic, like people who say the word “imagination” so many times that it feels like a children’s museum gift shop, filled with over priced trinkets just calling your name. Used in this way, imagination itself becomes a vacuous word, ironically pointing toward lifelessness rather than fantasy, depth, or diversity.

When Hillman says that we tend to look at things and then extract or decode their deeper meaning, he is talking about this same tendency we have to kill the ongoing imaginative power of phenomenon…whether we take things too literally and dam the flow of imagination or whether we go making mountains out of molehills in the name of MORE imagination. Of course, Hillman is sort of an anti-Platonist in this regard, and many philosophers will disagree with his point of view. Regardless of whether or not we agree with Hillman’s philosophy of psychology, he is right to say that our tendency to constantly decode or interpret experience robs the soul of something important. But what? What does it rob us of? And the answer: it robs the soul of its bull shit. Rich, dark, real, and total bull shit.
​
Prayer: Help us to feel the bull in our bull shit this Taurus season!