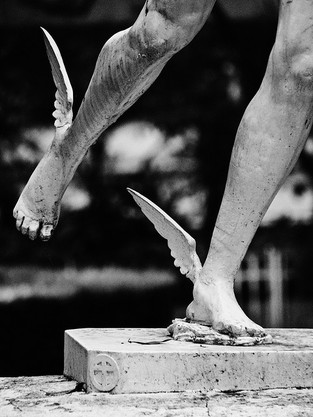 This morning the Moon in Aquarius conjoins Mercury in Aquarius before opposing Jupiter in Leo and then conjoining Venus in Aquarius. Since tomorrow Mercury turns retrograde, today we’ll look at the Mercury retrograde cycle in depth.

A few fun facts about Mercury retrograde to start…

1. Did you know that the Mercury retrograde cycle, in its entirety, lasts up to 8 weeks? The actual retrograde period of the cycle is roughly 20 days, every 4 months.

2. Did you know that Mercury retrogrades 3x per year, sometimes 4?

3. Did you know that roughly 24 out of our 52 weeks in a year are spent with Mercury in some aspect of its retrograde cycle?

4. Did you know that Mercury only takes roughly 88 days to orbit the Sun?
Sometimes its called the “moon of the sun” because of this fact.

5. Did you know that Mercury is never more than 28 degrees apart from the Sun’s sign and position in the zodiac? This is why you’ll always see Mercury either in the same sign as the Sun or generally one sign behind or in front of the Sun in the zodiac.

6. Did you know that Mercury retrogrades happen in successive signs of the same element, rotating backward through the zodiacs elemental trigons (signs of the same element) over the course of approximately 6 years? So for example, with this Mercury retrograde we are now entering fully into the retrogrades of the air signs (we got a mix of Libra/Scorpio last retrograde as Mercury was making its shift from water into Air, but now we’ve fully entered the air signs with Aquarius).

7. Finally, did you know that the observations of ALL of these qualities of Mercury, over time have contributed to our mythic understanding of Mercury’s archetypal domain?

In other words, Mercury retrogrades aren’t really that special. Their rhythm, regularity, and peculiarity is as old as Mercury himself. In fact, most of what we know about Mercury is taken from the fact that Mercury is constantly moving backward and forward, around rather than straight through, indirect, backward, and round about. Mercury is the messenger, whose comings and goings and fast circles of coded thought are reflected by his helmet of invisibility and his winged feet.

Mercury retrogrades are less about Mercury doing something different than usual, in other words, and more about people getting a glimpse of what Mercury is always up to in our lives. He is always carrying backward messages, strange synchronicities, double meanings, and encrypted symbols from the unconscious. He is always reversing our plans, foiling our certainties, and re-routing our comings and goings. During retrograde periods, in some ways, it’s as if we simply become more aware of the sneakery and deception, more aware of the double talk and the multiplicity. Mercury retrogrades increase our inhibitions…we become more cautious, more aware of Mercury’s movement…like we can almost see his invisible coat tails flying around the corner in front of us, now behind us. On the other hand, sometimes the sudden shifting and turnabout creates within us the need or desire to do the same thing. We shift, review, or revise thoughts and ideas, reconsider plans, contracts, or commitments. We might change or start something suddenly or impulsively, without seeing the trickery. We’re being set up for a prank, a loop-de-loop, but we rush past the warning signs and before we know it we’ve found our head up our ass and our shoes on the wrong feet. We drop the coffee, accidentally delete the file, and run out of gas on our way to the office. At some point we stop and say, “What is going on? Nothing is going right.” And if we persist, generally the knot gets more tangled, but if we sit with things we might just find a creative way through the mess. A sudden light bulb, a burst of laughter, and the knot wasn’t even a knot..it just looked like one. A simple solution gives way to foot loose and fancy free all over again.

You see the point of Mercury retrogrades isn’t about going inward, or being cautious. It’s not about not starting new things or holding back from signing contracts or buying electronics. It’s not about revising or revisiting things. These are all just the residues of something deeper. Really what it’s about is learning how to live, see, think, and act Mercurially. This means becoming better listeners. Becoming creative thinkers. Allowing for more space in between thoughts. Hearing the voice of inhibition and simply not moving anywhere until we get a clearer sense of what’s being said or why we’re being asked to pause. Living Mercurially means learning to discriminate between empty information and radical or charged information..information that is actually saying or speaking something to us. Living Mercurially means we remain alert and humorous with an eye for the ironies and absurdities. We learn how to see through the literalness of ideas, choices, and actions happening around us and into the variety of meanings and the diversity of perceptions. When we do this, revision becomes a way of life. When we do all of this, then the re-routings and messups of Mercury, which are actually happening all of the time (remember that nearly half of the year Mercury is in some phase of its retrograde cycle), become constant acts of negotiation and creative interpretation (lest we forget that Hermes is also the god of hermeneutics and translation).

Mercury is the psychopompos, the guide of souls. During these retrograde cycles, what’s really being asked of us is that we recognize or develop our relationship with Mercury in general. It’s a time to remember that our thoughts are not always our own, and our decisions and perceptions are in part MERCURY’s thoughts and MERCURY’s guidance. When we get too literally identified with our thoughts and perceptions, we start believing that it’s our minds and our intelligence that are making all the choices or that have all the information. We feel responsible for everything. We forget that thoughts and perceptions, information and decisions, communication and language, are the presence of Mercury before they are that thing we love to call “me.”

Mercury retrogrades help us to engage with Mercury more consciously by recognizing Mercury as Mercury. But even then, respect for Mercury, an actual respectful relationship with Mercury, will not attempt to overpower or make Mercury TOO conscious in our lives. Doing so would be to forget or deny Mercury’s helmet of invisibility and his winged feet. Trying to make anything too conscious about Mercury would take away Mercury’s ability to guide us through the constant re-routing, teach us through the undoing of certainties, and deceive us through misdirection. Mercury will get the better of us over and over again, no matter what our relationship with Mercury is like, in other words. So no amount of advice or talk about Mercury retrogrades will change that. In fact it will only play into Mercury’s hands. It’s like playing a game with someone and announcing what your plan will be to avoid their maneuvers. Not only is it a little dumb, but it’s also not Mercurial in spirit.

Last but not least, if and when we are tricked by Mercury it’s generally a good idea to have a sense of humor about it rather than bowing down in some reverent prayer position. Like all other deities, Mercury is often an ambiguous figure. Not everything Mercury has to say or offer us is necessarily better than some other piece of wisdom or advice or guidance from another god or planet. Furthermore, if we only see Mercury as helpful, his guidance always benevolent, then we’re not allowing for Mercury to be who he is…wily trickster, thief, sly guy in the night, deceiver, smooth talker, bullshitter, liar, etc.

Oh, and one last thing, watch for the stations. When Mercury slows down to stop, turning either retrograde OR direct, that’s usually the time when the crackles and feedback start coming through the speakers. Almost more important to be cautious and alert during those times, in my experience, than the actual retrograde periods, or the times when Mercury is moving swiftly in either direction.

Prayer: Now we see him, now we don’t, help us to stop fussing about Mercury retrogrades and starting developing a relationship with Mercury instead.


Image by courtesy of Ignacio, at creative commons image licensing