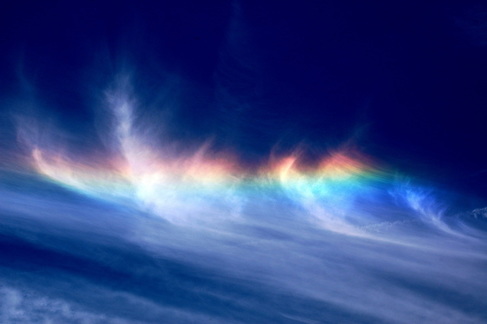 A few simple things to watch for over the weekend:

* Currently there are five planets in fire signs, so watch for the elemental themes of fire: action, inspiration, motivation, temper, anger, reaction, aggression, courage, decisiveness, impulse, animation and life force, excitement, and passion. In the traditional elemental scheme of the early astrologers the element of fire was at the top of the elemental sphere, sitting high above the earth. The fiery place was a kind of ethereal zone where various celestial phenomenon took place and acted as the last barrier between earth and the planetary spheres. As a symbolic model this points to the idea that fire represents a very light and nearly invisible place in consciousness. Sometimes we lose this sense of fire because we tend to associate fire in our mind’s eye with things like bonfires, explosions, rapid fire, or wild fire. The subtlety of fire shouldn’t be forgotten either. Where does that sudden burst of energy come from? If we take a moment to meditate on its origin we might get closer to that upper atmosphere of the fiery realm…last barrier between humans and angels or humans and the gods!

* The moon is past its last quarter and is now into its waning crescent phase. Eclipse season is winding down, and even though we still have some powerful astrology ahead of us this spring the ending of this powerful moon cycle points to a time where we should find ourselves letting go or starting to transition from one world to the next more fluidly. Taking a little extra time to make sure the transition is done mindfully is therefore important.

* Last but not least, the Jupiter/Saturn square is still very closely aligned. Watch for the major Jupiter/Saturn themes to continue playing a powerful role in the shaping of both external events and inner experiences. These include: the old vs young, the new vs traditional, the conservative vs liberal, the altar of the past vs the altar of the future, hope/faith vs cynicism and “realism,” life and growth vs death, old age, and decay, generational turn over, meaningful exchanges between different time periods or eras of history, and expansion via contraction (the way we grow something by focusing in or tightening our approach).
​
Prayer: Teach us to see beyond the literal flames and into the invisible light that awakens, enlightens, and expands our hearts and minds.